Have I?!  I've got rust all over....rust indoors, rust outdoors, specks of rust, rust-covered, new rust, old rust, even fake rust.  Donna over at Funky Junk is featuring rust as her themed link party this week.  I have a lot of pictures to show of some of my rust so I'm not going to comment on all the pictures.  Let's just see if you can guess which picture shows the fake rust.  Do you know?  I provided a clue ;) 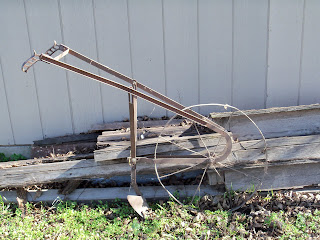 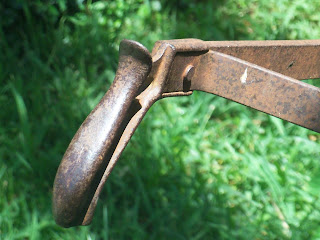 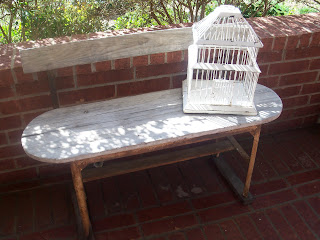 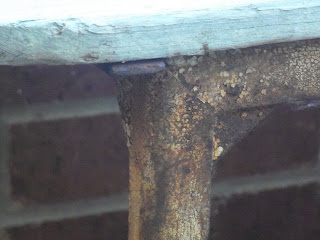 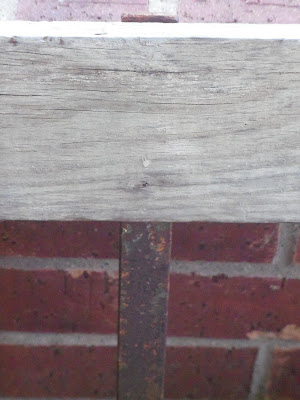 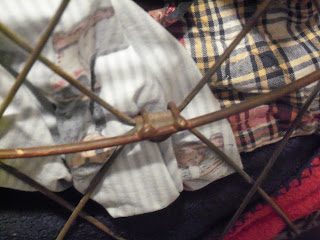 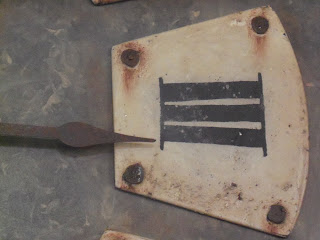 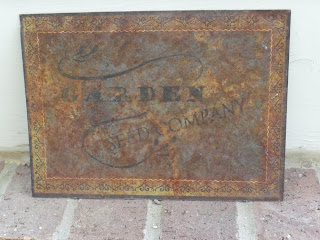 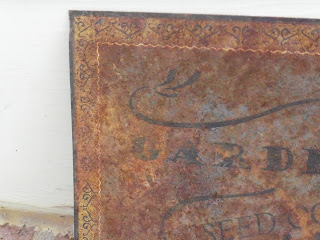 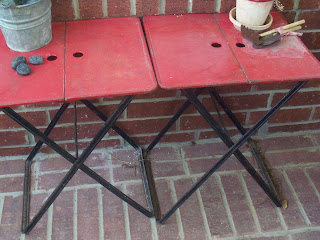 old camping tables for the porch 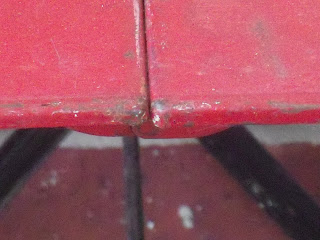 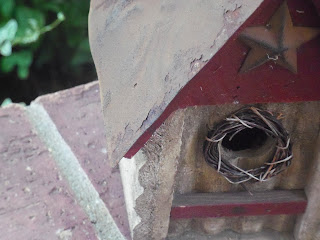 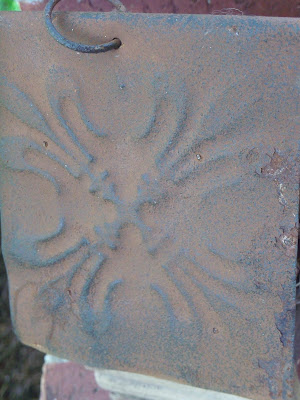 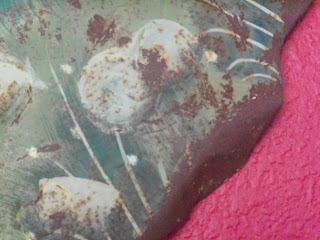 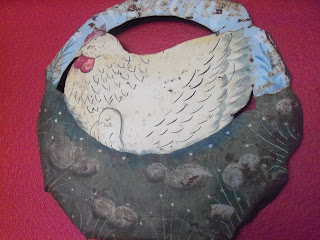 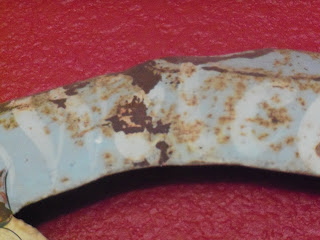 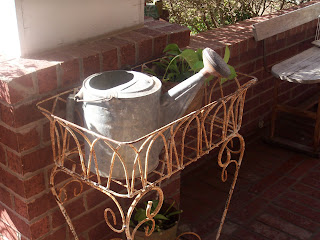 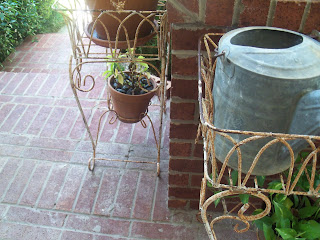 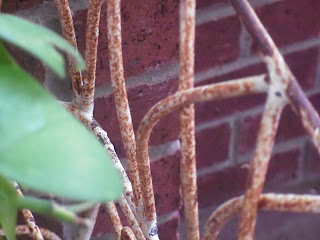 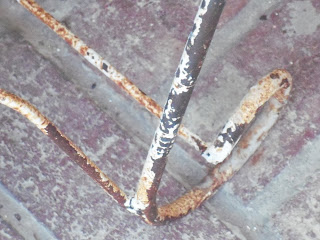 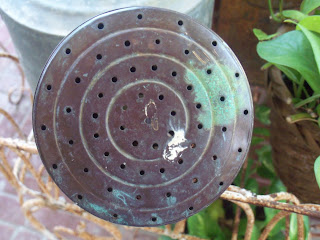 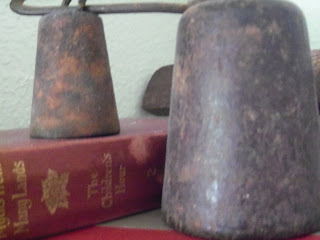 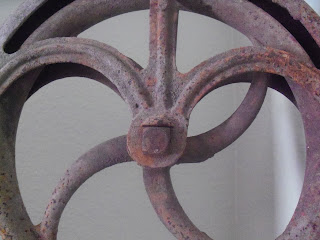 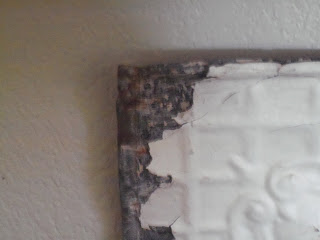 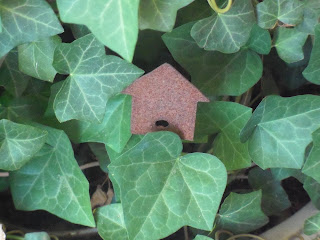 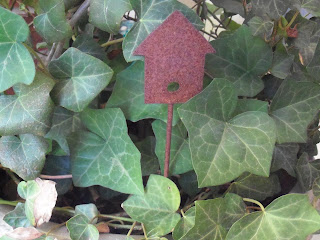 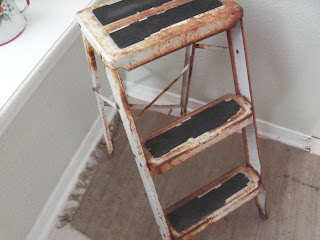 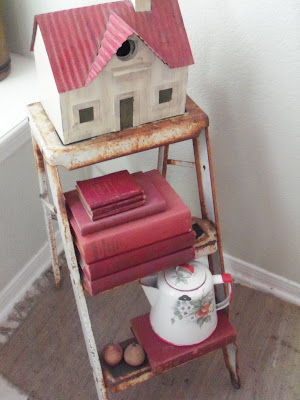 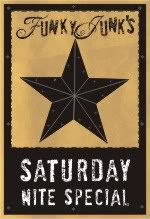