I've haven't been posting as often as I would like.  I started back to work last week and the students return this week.  That, along with the fact that my own son begins eighth grade this week, has made for a very hectic time.  I did manage to get that old desk finished.  Here's how it turned out. 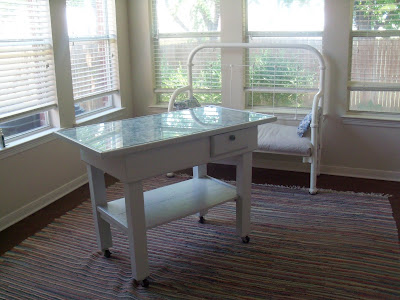 I painted it a gray-blue white and added a glass top.  I didn't sand it first so the character still shows through when you see it in person.  I'm hoping it chips and wears over the next few months.  We added wheels so it moves around easily. 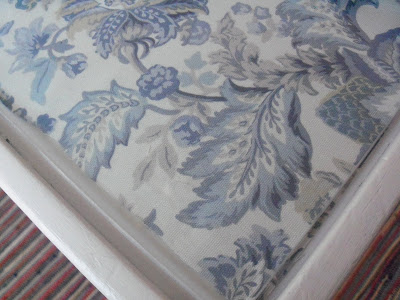 I added a piece of fabric under the glass.  I may change this out later and add pictures and inspiration ideas. 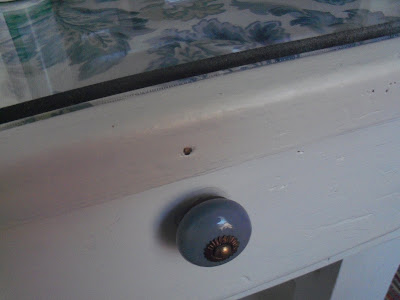 As I mentioned previously, one of the original glass knobs was broken and I'm on the hunt for a replacement match.  Until, the pretty blue-gray knobs from HL look pretty good. 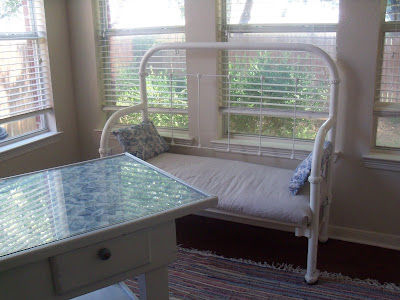 I slipcovered the pillows on the bench in the same fabric. 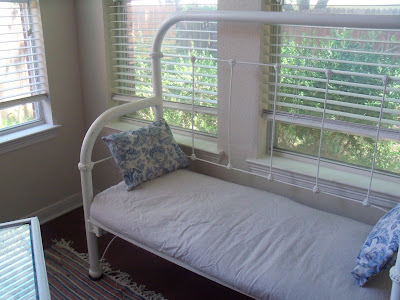 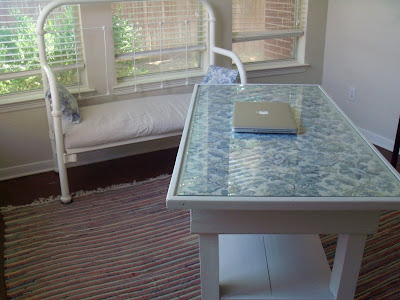 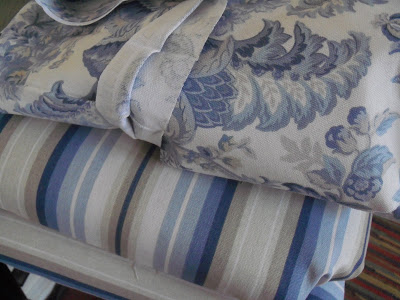 Here are the main fabrics I'm using.  I will be adding a lot of other less matchy pillows later to the bench. 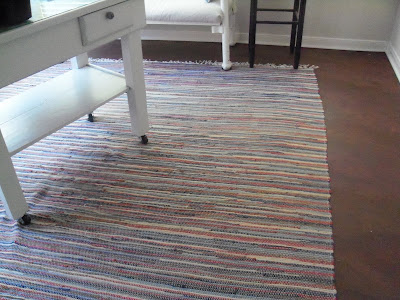 I added my favorite rug.  It's a large PB rug I got on clearance with a coupon for cheap.  It's mostly cream and blue with just a bit of red...which will be the color scheme in this room. 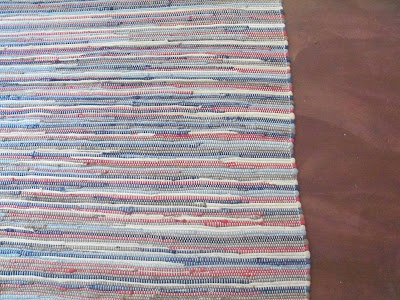 Love this rug.
So, we've pulled up carpet and painted the floors, completed the quarter round trim at the baseboards, recovered the bench, slipcovered the two little pillows, made over the project table and put in a rug.  There is still so much to do!
Remember these from "junkin and pickin' in my own garage"? 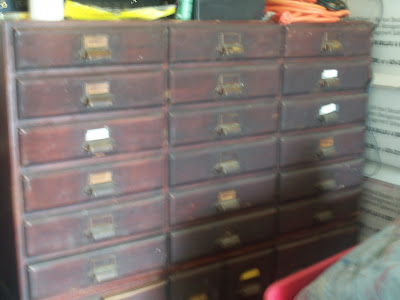 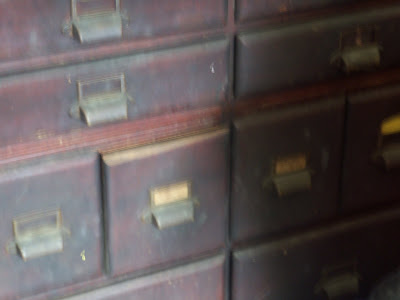 These are going in there for storage.  I also have an old cedar closet that will be madeover and put in the sunroom for even more storage.  I have a great cubby thingamajig that's going in and lots of decorating ideas to be done. 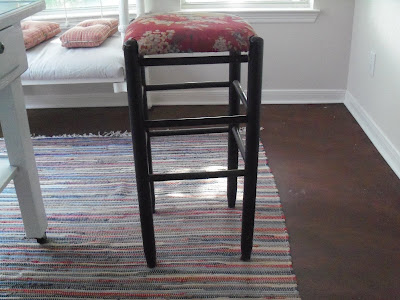 I have two of these stools and planned to use them as seating at my project table.  I have already recovered the top and still need to paint them the gray-blue white.  However, I discovered they are a bit too tall (like 2 inches) and I really don't want to cut them down so I may have to hunt for something else...but that's the fun of it all, isn't it?  The hunt?