What the heck is going on?  This week, Texas has seen record breaking temperatures along with some nasty ice and snow. Those of you north of us will probably laugh at this post but you all expect this in the winter and have seen it before.  It's unfamiliar territory for some of us southerners.

Texas is known for it's hot summers and year round milder temperatures.  We have the saying, "If you can't take the heat, get out of Texas" and we have the "Hotter Than Hell 100" cycling event and we have a lot pools and lakes to cope with the 100+ degree summers.  Now don't get me wrong, in the winter, we have cold weather...like temperatures in the 40's occasionally dipping down into the 30's.  We have even had temperatures in the 20's sometimes.  It's cold enough to wear your warm cuddly sweaters and sweats but just not unbearable....until this week.

Temperatures have taken a nose dive into the single digits with howling wind chills below 0.  At the same time, we had a few inches of sleet and ice covered by a few inches of snow.  I'm a native Texan (been here all of my life) and I don't recall ever being in subzero temperatures.  This morning, I went outside and stood there for a minute just to feel it.  It was painful and not for me.

It is not supposed to get above freezing until Friday if we're lucky and then back to normal (40's-50's) on Saturday.  Schools are closed not only due to the ice but the temperatures.  Kids here just aren't prepared to wait at a bus stop in that kind of cold.  Add to that, the electric companies had to start rolling blackouts today so that neighborhoods and businesses would experience controlled brief power outages to help manage the energy consumption.  I'm sure we have to save some energy so we can power that massive stadium for the super bowl this week ;) 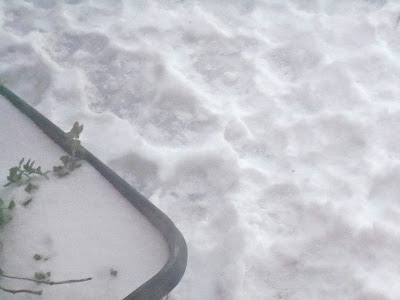 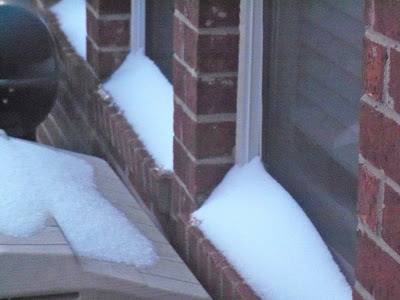 Oh well, the plus side is that my son and I have had a couple of unexpected days off.  My husband even had yesterday off so although we had to stay inside, we had a fun day together.  I work for the school district and the schools have been closed so I'm catching up on blog reading and laundry while he catches up on sleep (he's 14 so that's what he does).