After a couple of weeks away, I'm back and so ready to catch up on things I haven't been able to do lately. First, I need to thank all of you who left comments in the past two or three weeks, especially those  comments left after I posted about the loss of my godfather.  I'm so happy to hear how so many of you have godparents or are godparents because it's such an important role in life.  Your messages were comforting and made me smile.  Although I haven't been able to respond individually to each comment, I can't tell you how much I appreciated every one of them.

I need to catch up on my blog reading.  I have been reading some of your posts hit and miss over the past couple of weeks but haven't been able to leave many comments.  I hope to catch up on what all you've been doing.

A lot has been happening around here.  We had some teenage drama with my son which needed our attention.  He's fine and he didn't do anything wrong but it all made me start to think that texting and Facebook are a bad bad thing in the hands of 14 year olds who sometimes can't think their way out of paper bag.  Once our son was good to go, I was stopped in my tracks with the worst cold I think I've ever had.  It  was so bad, I kept thinking it must be the flu but nope, just a horrible cold that had me out of commission for several days.  So, needless to say, I haven't posted about things I had planned to or even started projects I wanted to have completed by now.  To top it off, the Dallas-Ft. Worth area is supposed to have the coldest temperatures maybe ever on record this coming week so there won't be any way to paint or work in the garage and with possible freezing rain, sleet and snow, I guess there won't be much shopping in my future this week either.  Oh well, I don't live far from where all the Super Bowl action will be over the next week so I guess it will be easier to just stay home...or get out of town since Canton First Monday is next weekend :)

Before I was sidelined, I did pick up the coolest "G" I had intended to show you.  It's big and industrial and metal and awesome (at least to me).  It's just over a foot tall and about 3 1/2 inches deep.  It has rivets and a few little dents and scratches with just a touch of rust. 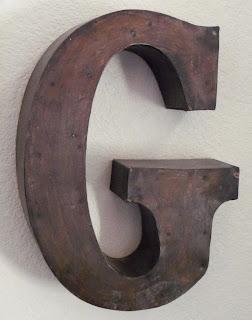 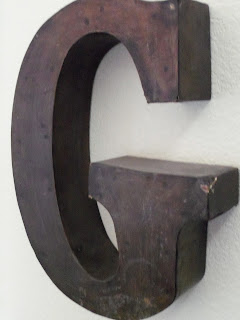 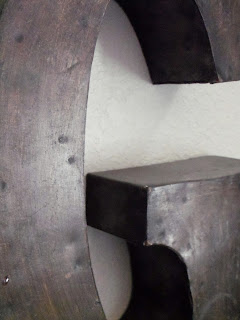 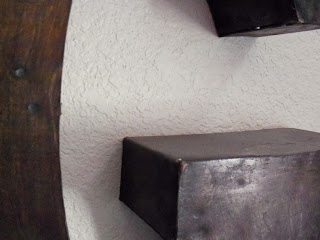 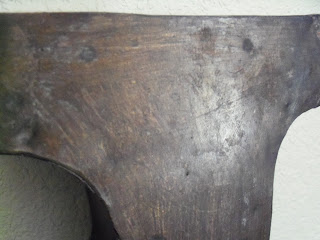 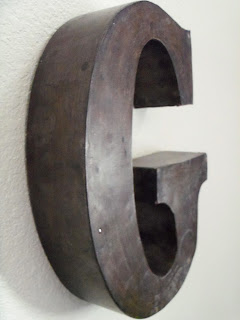 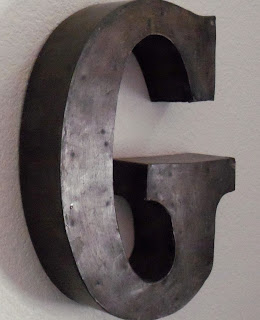