fresh summer porch with a little red, white and blue

There are several patriotic holidays coming up over the summer months
beginning with Memorial Day, then Fourth of July and
ending with Labor Day at the start of September.

Yes, I did say summer.
I know some of you are still waiting for spring
but it's been in the 90's here the past couple of days
and parts of Texas have already hit 100 degrees.
Pools open around Memorial Day which unofficially kind of
signals the start of summer around here.
I decided to freshen up the front porch for the season
with a little red, white and blue. 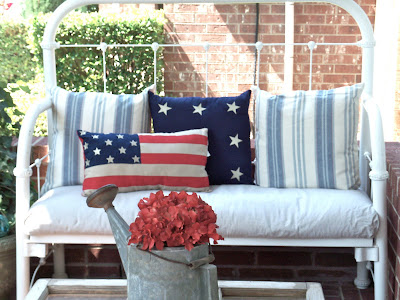 I had this bench in my sunroom/project room and decided on a whim
that it might look good on the porch.  We had a double size black rocker
that was falling apart and needed to go.  I think the bench looks a lot better.
I added some new pillows to the bench
which has been recovered in dropcloth. 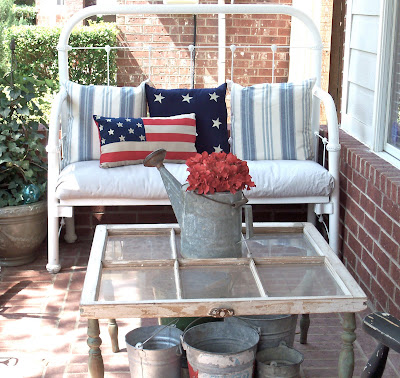 I got the large striped pillows at Pottery Barn on sale.
They are a creamy white and blue stripe with the thinnest red line
inside the blue stripe.  Perfect.

The flag pillows are from World Market.
They were very inexpensive.
The larger one with stars has just the red/white stripes on the reverse side. 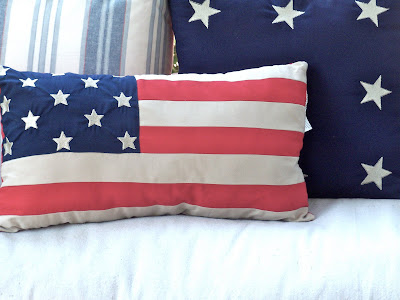 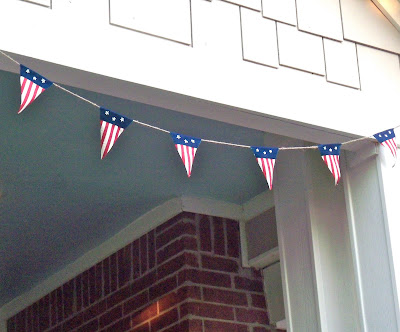 We added the cutest little flag banner across the top of the
entrance to the front porch.
No, I didn't make it.  I can't sew a lick. 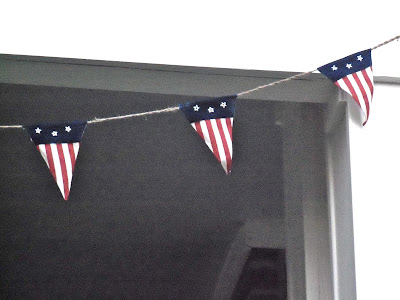 It's from World Market too and for about 7 bucks, it was worth it. 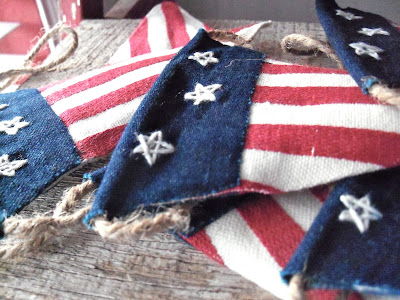 They are made of some type of canvas or twill fabric so they are
pretty tough little things.  The stars are stitched. 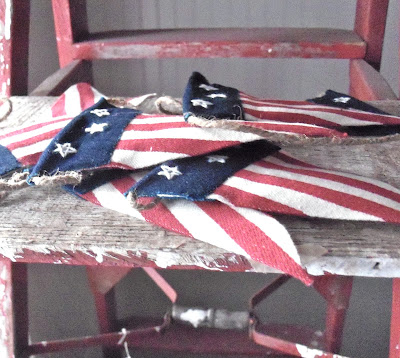 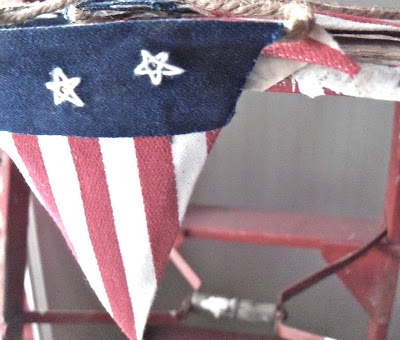 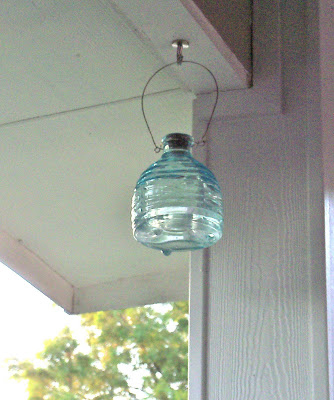 Summer brings with it a lot of flies, bees and wasps around here.
We found this pretty blue wasp/bee catcher (again at WM.  We love that place.)
Someday I'll have to show you the one we have in the backyard.
It's a bit different to say the least. 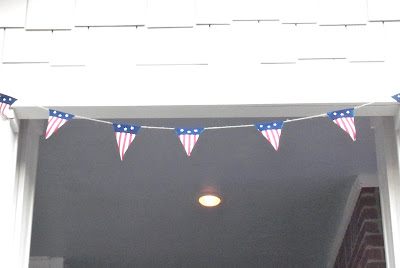 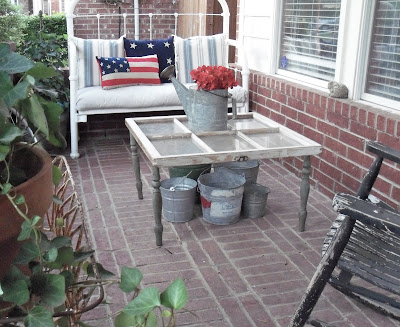 Did you see the pretty red flowers in the watering can?
Those will get their own little post later in the week.
You won't believe where I got them. 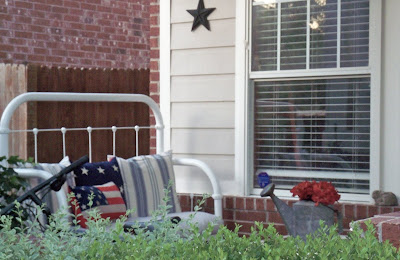 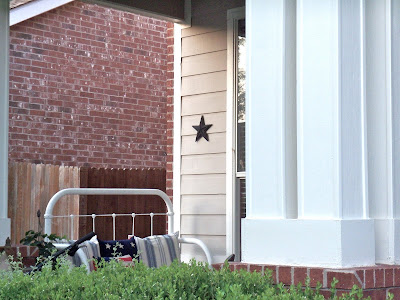 There's my little patriotic summer porch.
It's not completely finished yet.
I have a smaller little bench I may be adding for more seating.
I still have my old buckboard bench from Austin sitting on the other side of the porch
so there's enough seating for right now.