Part Two: the rest of our junkin finds
So as I mentioned in my last post, Jennie and went junkin last weekend and found some great stuff.  Here are the other things we found:

Jennie found this cute sign!  She'll be cookin' dinner at least once a week now...on Thursdays at 7! 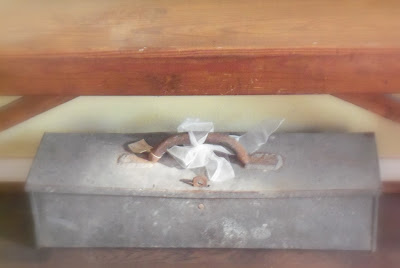 I found this great galvanized metal tool box.  (It came with bow; I just haven't taken it off yet.)
For now, it's sitting under my bench in the entry.  That probably won't be it's permanent home. 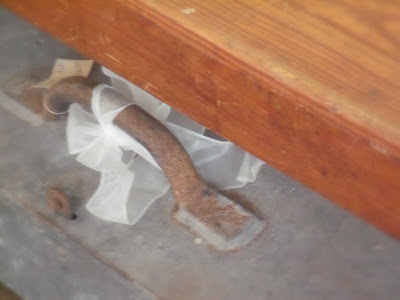 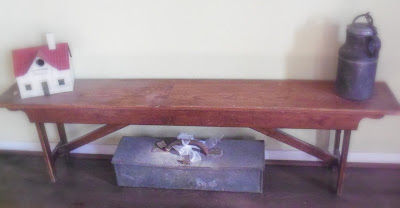 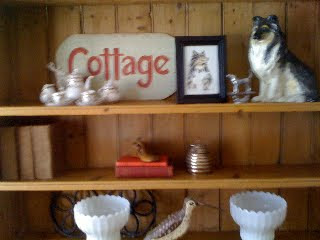 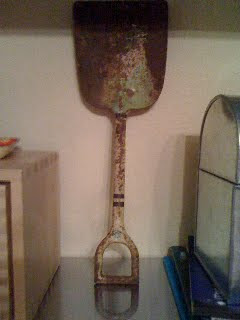 Jennie also picked up this cute little old metal shovel.  It's a little apple green at the top on this side and orangey-red on the other.  Our favorite part?...the two little black stripes on it.  We loved those little stripes.  (we're crazy and we know it.  Who else would get so excited about two little stripes) 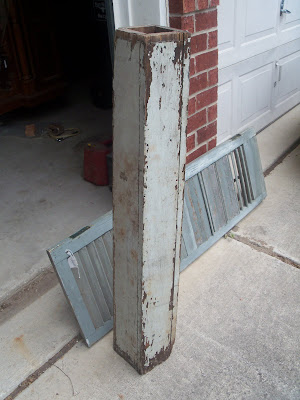 I got this weathered blue shutter. I love the color but it was really chippy as in chipping off everytime I moved it.  So, I had to seal it well before moving it into the house. 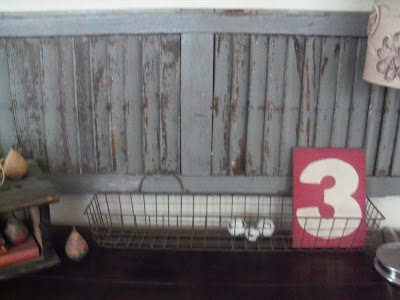 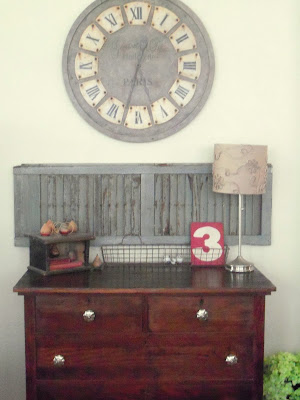 The big glaring wall space between the chest of drawers and the clock was awful.  The shutters seem to fill it in without taking away from the clock.   It looks much better in person.  I just couldn't seem to capture it with my less than spectacular photography skills. 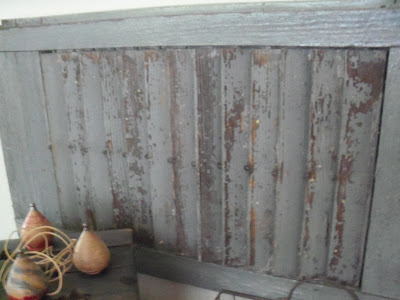 There you have it.  That's all the stuff we've found lately for cheap.  Oh wait, there is one more thing...but I'll post that on another day because we actually need some help with it.  We're not sure what to do with it and we'll need ideas so I'll save it for it's very own post later in the week.