Is anything ever finished?  I don't think so but I'm going to show you my niche makeover anyway.  Let's remember the before: 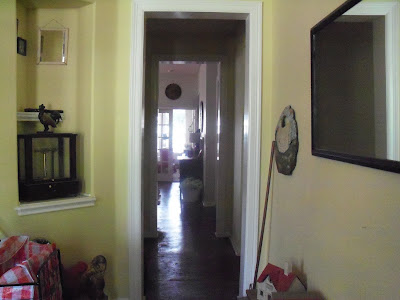 Remember, it was yellow (suppose to be pale but was more like sunshine), had a shelf we had installed and had stuff put in it just so it wasn't empty.  Although I like the old scale sitting in it, I have another place for that.
Here's the after: 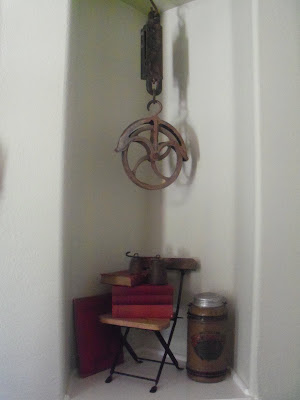 We repainted the entire entry a soft neutral color.  I added an old pulley that I found junkin at my own house.  There's the little chair Jennie found for me.  I added pops of red and a few other things.  I like the simpler look of it but it still seems as if something's missing.  So, I may add a couple of more things to it in the future but for right now, I like it.  Total cost: just the cost of the chair.  Everything else I already had. 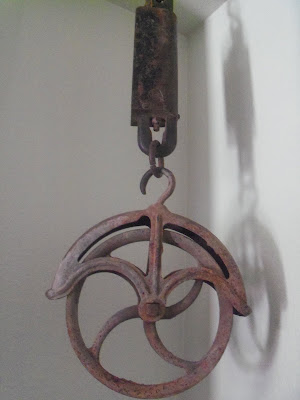 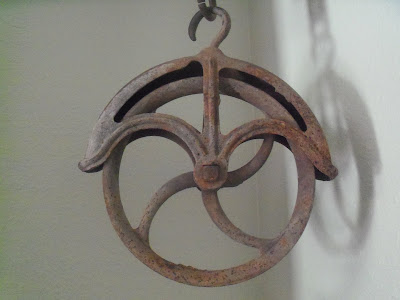 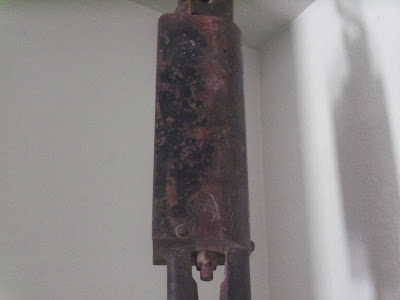 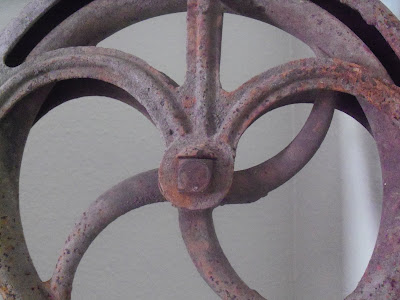 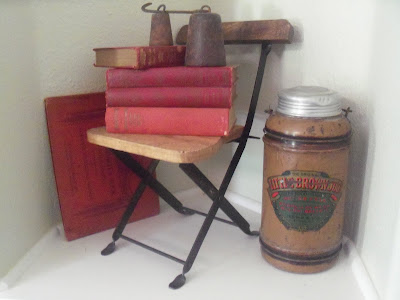 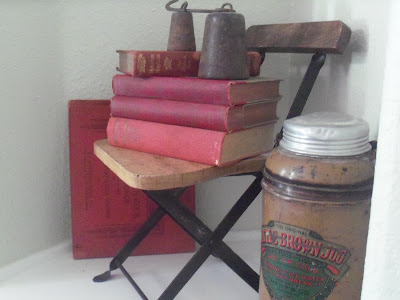 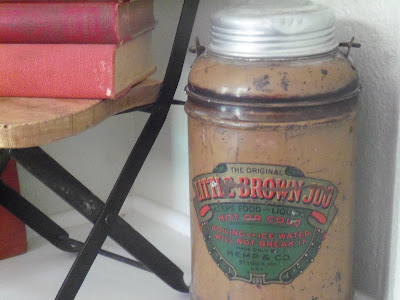 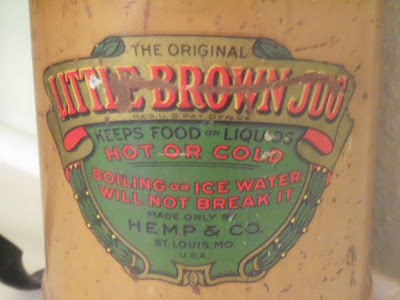 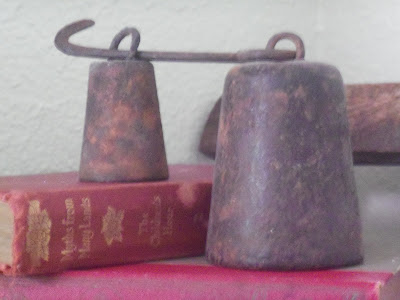 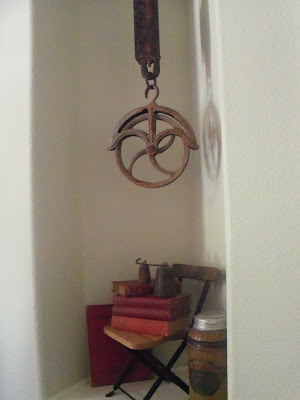 What do you think?  Like it better?
I've made a lot of progress on the rest of the entry and I'm almost finished with part A which is where this niche is located.  Hopefully, I'll be sharing that with you before the end of the weekend or early next week.